Eliminating cold and dampness in a crawl space

What is a crawl space?

A crawl space, which in earlier years took the form of a dirt cellar, is a volume of air between the earth and a house’s main floor whose purpose is to keep the floor of the building raised up off of the ground and away from moisture. Today, builders generally raise a home’s main floor anywhere from a few centimetres (at least 20 cm) to as high as 1.8 metres off of the ground. To comply with the Building Code, a crawl space may not have an access door with stairs (although one without stairs is acceptable), hold any type of combustion appliance or be used as a bedroom or office.

Drawbacks of a crawl space:

The cost of negligence: a potentially nasty heating bill

If you fail to have your home’s crawl space inspected and insulated, you could be leaving yourself open to any number of problems affecting both your house and its occupants. Unpleasant surprises are commonplace when it comes to crawl spaces, since the cool, dark environment they create can attract a wide variety of undesirable tenants, including rats (along with the diseases they carry!), insects, mould and fungus. Disregarding the state of your home’s crawl space can also have disastrous consequences such as the accumulation of stagnant water or sewage, humidity problems, exposure to radon and other soil gases, freezing pipes, significant heat loss, cold and discomfort, and exorbitant heating bills.

Isolation Majeau: your experts in isolation du sous-sol for the past 25 years

Visit the following pages to learn more about the services covered in this article:

The solution: Insulation in 3 steps

1) Cover the natural dirt surface with polyethylene. To address the humidity problems created by the crawl space and control soil gas infiltration at the same time, we recommend installing a 6 mil polyethylene vapour barrier. Be sure to properly seal all joints using vapour barrier adhesive tape (as shown in the photo).

3) Maintain the temperature at 15°C using a forced-air electric heating system. After properly insulating your crawl space, heat it by attaching an electric forced-air baseboard heater to the joists or columns at either end of the space. The recommended temperature is 15 to 18°C, which is enough to keep the floor above comfortable and effectively dissipate any humidity. Monitor the humidity in the crawl space using a hygrometer to ensure that it stays below 50% to prevent any proliferation whatsoever of mould.

The result: high-quality air for breathing, lower heating costs and comfort under your feet.

Whatever the current state of your crawl space, some properly implemented upgrades will immediately turn your space into a functional, durable part of your home. Your previously deteriorated crawl space can then begin enhancing the health and comfort of your home’s occupants while also improving your house’s performance and livability and reducing heating costs.

It is strongly recommended to inspect cellars and crawl spaces once or twice a year, in late May and/or mid-October. It is also wise to have your home checked once during its life cycle for the presence of radon (a test costs only about $40).

This article was originally published on August 31, 2017 by Marcel Lapierre 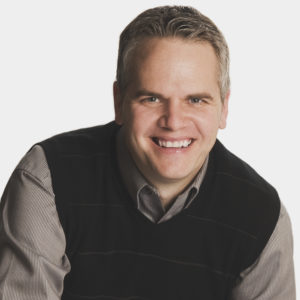 Marcel Lapierre is one of the owners of Isolation Majeau et frère. He worked previously for more than 18 years in plastics and other major industries as a plant manager. Marcel went on to found his own consulting firm specializing in business development and process improvement.

Marcel has spearheaded numerous business development initiatives at Isolation Majeau since 2011, including deployment of the company’s new website and management of its social media presence. With his extensive experience in corporate management, he has wasted no time making improvements to business processes with a focus on efficiency and outstanding customer service.