Polyurethane: 80 Years of Proven Use

If you were under the impression that polyurethane (also called “urethane”) was developed in recent years, due to its cutting-edge properties and relatively recent popularity, you will be surprised to learn that it has rather originated eighty years ago, in the premises of IG Farben in Germany.

This material from the same family as plastics and polymers was in fact discovered by the industrial chemist Otto Bayer and his team of researchers, who succeeded in producing a dry polyurethane foam by adding Diisocyanates to glycols (they were then looking for a nylon substitute!) They then had to perfect their chemical formula before materials made of polyurethane made their appearance.

Isolation Majeau has been specializing in basement insulation for 25 years
Visit the following pages to learn more about the services covered in this article:

It was during the Second World War that the use of polyurethanes began to spread, replacing rubber, then too expensive and difficult to obtain. As early as 1940 and 1941, polyurethane-based adhesives and polystyrene (“styrofoams”) were incorporated into the design of aircraft, military submarines and road vehicles. Polyurethane foam was also used as a flotation material for ships.

A PROMISING MATERIAL IN CONSTRUCTION APPLICATIONS

Although by the turn of the 1950s commercial uses of polyurethane abounded (bonded fabrics, spandex, synthetic suede, synthetic leather, water-repellent materials, etc.), chemists and developers sensed even greater potential for the construction industry. Therefore, they worked to develop better installation technology until in 1963, two inventors by the name of Fred Gusmer and Fred Werner created the first proven machine for spraying polyurethane foam. Known as the FF, it was the very first available on the market. Fred Gusmer later developed the Model-C foam spray gun, updated and then renamed Model-D. However, it was not until 1979 that this revolutionary technique of spraying foam was used in construction, in the buildings’ thermal insulation.

In the early 1980s, polyurethane insulation panels have been designed, making it possible to considerably reduce the use of a building’s energy resources and thereby contributing to the protection of the environment.
Spray polyurethane foam, constantly refined and improved since its discovery, outperforms other insulating materials available on the market in many ways:

– It is both an air barrier and a vapour barrier.

– It provides insulating continuity due to the absence of joints.

– It adheres perfectly to irregular shapes.

– It adheres perfectly to various types of materials, including steel, wood, concrete and gypsum.

– It is stable, does not crush, does not settle or crumble.

– It is resistant to mildew.

– It is odourless: it does not give off or absorb any odour.

– It effectively prevents the infiltration of underground gases, including radon.

– It is ideal for eliminating thermal bridges.

Would you like to know if sprayed polyurethane foam would be suitable for your residential insulation project? Contact one of our specialists toll-free at 1 888 962-5328 or via our contact form.

This article was originally published on July 1, 2022 by Pierre Boucher 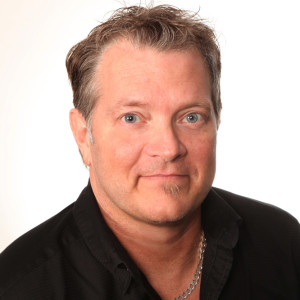 Choosing the Right Insulation for the Right Part of the House

How to Choose the Right Insulation? That’s it, after years of thinking about it, you finally decided to fix your insulation problems once and for all. It’s now time to get the materials, but you don’t know which ones to use? Whether you want to insulate your basement, the above-ground walls, or the attic, each […]

Eliminating cold and dampness in a crawl space

A crawl space, which in earlier years took the form of a dirt cellar, is a volume of air between the earth and a house’s main floor whose purpose is to keep the floor of the building raised up off of the ground and away from moisture. Today, builders generally raise a home’s main floor anywhere from a few centimetres (at least 20 cm) to as high as 1.8 metres off of the ground. To comply with the Building Code, a crawl space may not have an access door with stairs (although one without stairs is acceptable), hold any type of combustion appliance or be used as a bedroom or office.

In comparison to today’s standards, the basement insulation in homes built between the 1950s and 1980s was generally inadequate. The practice in those years of insulating using pieces of 1” white styrofoam or fibreglass batts (with a vapour barrier of questionable effectiveness) is known to create moisture problems that can, in turn, lead to air quality issues due to the development of mould.